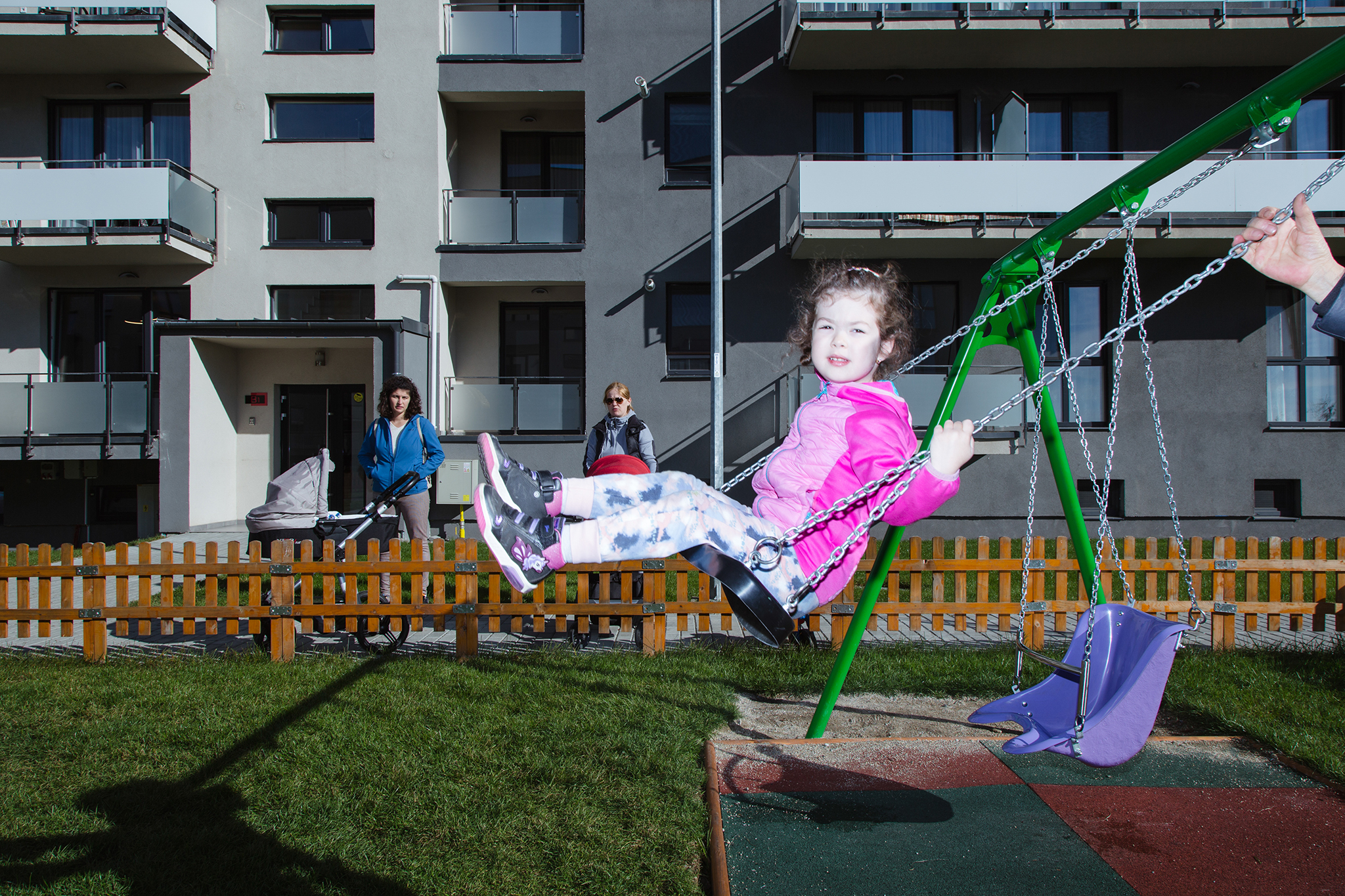 From the photo series "But I Understand", by Zsuzsánna Fodor

As part of the project, eight different stories – published in Romanian, Hungarian, and English – examine how members of different communities living in Romania look for mutual understanding in their daily life, in areas ranging from love to art. The photos and accompanying texts tells stories about “interactions between minorities and majorities, or minorities themselves”, Fodor told IPI. It was the goal of the project to take a dive into what these relationships look like. “Sometimes the conflicts are emphasized by the media. We wanted to emphasize the positive stories because you can find lots of these”, she said.

NewsSpectrum provides grants to media or journalists working in minority languages in Europe, with the aim of fostering media pluralism as well as collaboration between minority- and majority-language media. The programme is an initiative of the International Press Institute (IPI) and the European Association of Daily Newspapers in Minority and Regional Languages (MIDAS).

One of Fodor’s stories is from her hometown of Miercurea Ciuc, which is a Hungarian-majority town in central Romania. Last year, there was a fire in the Roma community that left 250 people homeless. In the aftermath of the tragedy, residents of the town showed their solidarity and hosted the affected individuals in schools and other community venues.

“It was really great to see that this response is possible”, Fodor said. But she added that it was “difficult to grasp for a lot of people that long-term solidarity takes a lot more resources than you might have thought of.” A year later, the living problem has not been resolved.

Discrimination against the Roma community in Romania remains prevalent, including among the country’s Hungarian minority. The current representation of minorities in Romanian media is often focused on negative aspects and conflicts, Fodor said, and she faced a dilemma when it came to sharing stories in a way that helps the community than more than harms it.

The Common Ground project gives a lot of attention to the aspect of romantic relationships between different ethnic communities, from navigating different languages in the household to raising children together – finding common ground in daily life. Fodor said that their goal was to look into the idea of love by taking a step back from what we are used to and see how living together has affected identity, language, and much more.

“I think the relationship shows that you are willing to put that effort in in order to solve certain difficulties that you might have from different ethnic backgrounds or speaking different languages”, Fodor said. She herself grew up as a native Hungarian speaker; Romanian was more like a third language, even though she grew up in central Romania. Only after moving out of her hometown for university did she practice Romanian more. In situations when one is mad or annoyed, it is already difficult to find the right words, and then all the more so in a language that isn’t your mother tongue. “These stories of relationships and marriages, I think, will show how people are willing to put that effort in”, she said. The differences can be used “in favor of the relationship or in the worst-case scenario, it can also be in toxic dynamic”.

When raising children together from different backgrounds, it can become more difficult to have important conversations. “Sometimes there’s only one language that is going to be spoken, oftentimes that’s the language of the majority,” she said.  “It’s really difficult to discuss this subject without feelings of blame or shame.”

“In black and white you can’t see the color of the flag” is one of the stories about rap musicians coming together to make music in Hungarian and Romanian languages. There are multiple stories about how the art world becomes a scene where people can express themselves. “Through art, you can find a common language with people who are from different ethnic or cultural backgrounds, who are different in many ways and you”, Fodor said. An example is the story of musicians Marcel, Attila, and Vlad, who started a band whose songs contain lyrics in both Hungarian and Romanian to overcome the difficulties between both ethnicities in the country.

“Art offers a scene where you can really understand each other and collaborate”, Fodor said. Another story in Common Ground is about Renata, a 21-year-old fashion design student whose Roma heritage inspired her final project. “It’s a really good outlet to discuss these topics in a more complex way”, Fodor said of art. There’s also the story of Alina Șerban, a Romanian actress, writer, and director who wrote an autobiographical play, “The Best Child in the World”. In the story, the photographs and the quotes from her play smoothly come together, telling a personal story of Șerban. “I’m not a gypsy, only my Mom and Dad are”, is one of the quotes of the play underscoring the feelings of denial while growing up. Hence, art became a medium to share their stories with the world.