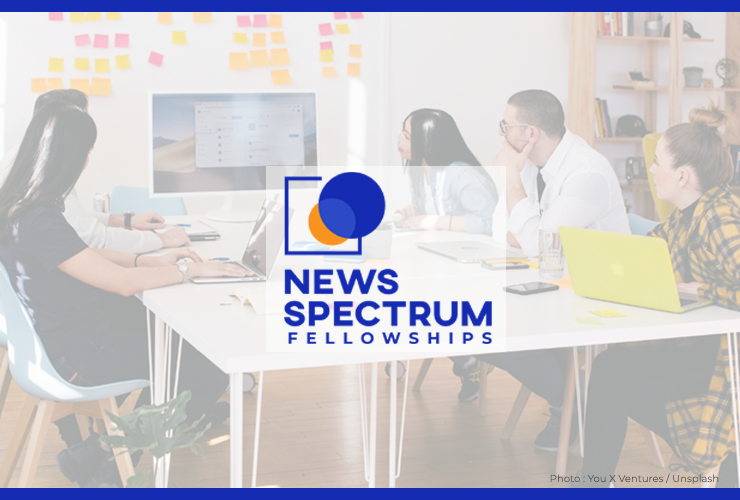 A fellowship programme for minority- and majority-language media in Europe

The International Press Institute (IPI) and the European Association of Daily Newspapers in Minority and Regional Languages (MIDAS) are excited to announce the launch of NewsSpectrum, a fellowship programme designed to encourage working partnerships between minority-language media, including migrant-language media, and their majority-language counterparts across the EU.

The NewsSpectrum fellowships aim to enhance cooperation between the two groups and support the professional development, innovation and sustainability of minority-language media as crucial members of a free and pluralistic media environment in the European Union. They also seek to support media coverage that reports knowledgeably on minority issues and includes the perspective of representatives of minority groups in news coverage.

NewsSpectrum will provide a total of €480,000 in grants to media professionals working in minority- and majority-language media outlets through two fellowship programmes, the Collaborative Reporting Fellowships and the Professional Placement Fellowship.

The Collaborative Reporting Fellowships will fund specific reporting projects between minority- and majority-language media professionals on topics of public interest. The projects can take numerous forms including investigative journalism, features and news analysis, as well as projects that incorporate digital storytelling techniques and audio-visual media. The reporting fellowships include a residence element that will allow minority language media professionals to spend at least two weeks working alongside colleagues at a host majority-language media outlet.

The Professional Placement Fellowships will support short-term placements of minority-language media professionals, including journalists and other members of the news organization, at a host majority-language media outlet. Flexible in nature, the fellowships can support skills development and knowledge exchange on various aspects of the newsroom, including reporting skills as well as expertise in digital transition, audience engagement, community building and monetisation. Grants will allow minority-language media professionals to spend at least two weeks at a host media organisation. Shorter study trips will also be considered.

IPI Deputy Director Scott Griffen said: “We are excited to be launching NewsSpectrum, which falls perfectly in line with IPI’s goal of promoting a strong, independent, and pluralistic media environment in Europe. The fellowship programmes provide new opportunities for funding public-interest reporting as well as supporting valuable exchange between minority- and majority-language media.”

MIDAS General Secretary Marc Röggla said: “NewsSpectrum is an excellent occasion for a fruitful exchange between minority and majority media in Europe. In this way both sides can learn from each other, increase partnerships, and enforce valuable collaborations in the long run. Thus, this project will shape the European media landscape in a very positive way.”

Grants under both NewsSpectrum fellowship programmes will provide funding to both minority-language media professionals as well as the majority-language media outlet that is the reporting partner or host in the fellowship. Each side will be able to request up to €6,000. Up to 40 fellowships will be supported.

Both fellowship schemes foresee an in-person element at the partner or host media organisation. This element will be revised according to the COVID-19 situation; details will be provided when the call is launched in April.

Full details on eligibility and the application process will be published in April 2021.

Based in Vienna, IPI is a global network of editors, media executives and leading journalists dedicated to supporting press freedom and independent journalism. IPI also leads the Investigative Journalism for Europe (IJ4EU) fund, which provided over 1 million euros in funding to cross-border investigative journalism projects in Europe in 2020.

MIDAS was formed in the year 2001 following a proposal by editors-in-chief from more than 10 language communities throughout Europe. Today MIDAS has members all over Europe, and provides opportunities such as study visit programmes for journalists in order to develop knowledge through exchange of information and report on minority protection and cultural diversity in Europe.

NewsSpectrum is funded by the European Commission (DG Connect) as a pilot project. Other donors will be announced as further partnerships are confirmed.