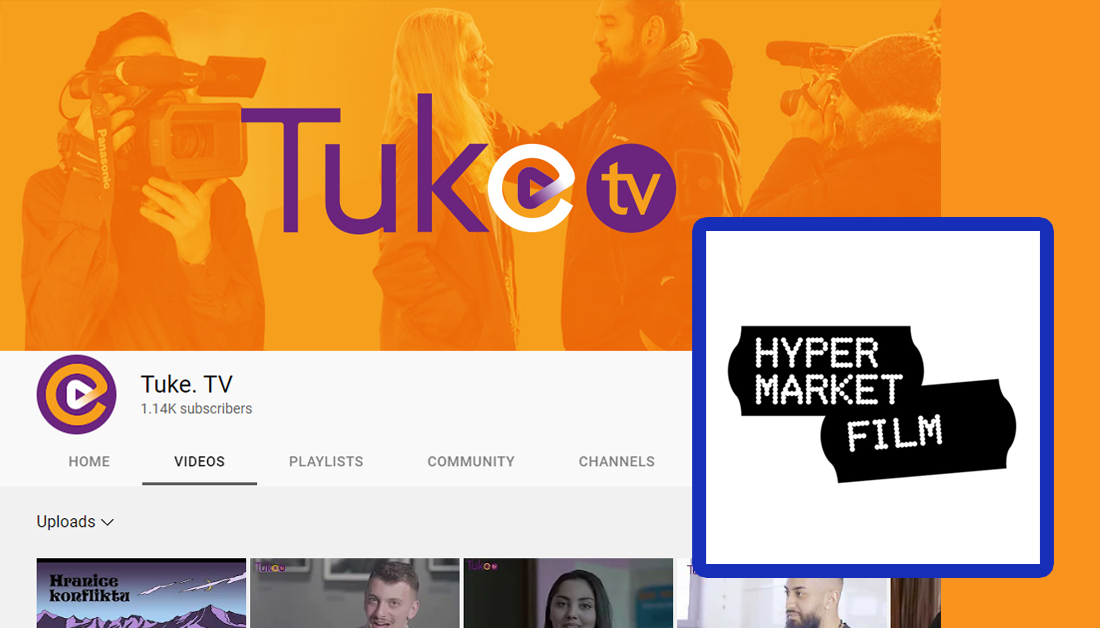 Czechia-based Romani media  Tuke TV is a YouTube-based, community-powered media covering stories of the Roma minority in Czech Republic. Within the NewsSpectrum programme, Tuke TV worked closely with Hypermarket Films, an independent film production company. The organizations were in touch even before this fellowship but NewsSpectrum allowed them to build up a more rigorous cooperation and prepare a pilot programme for Czech Television about Roma culture and society.  The NewsSpectrum grant accelerated their plans.

“Our collaboration helped us to penetrate the world of minority culture from the inside, drawing attention to the many stereotypes that we, as members of the majority language group, cannot actively avoid without knowledge of Romani culture… NewsSpectrum fostered the collaboration of creative professionals who have had the opportunity to think together about pressing social issues and find novel ways to address them.”
– Hypermarket Films’s Filip Remunda.

“When it comes to cross-ethnic cooperation, it is important to know that the partner from the mainstream media outlet is open to see your perspective, is willing to understand things you explain. This was the case with Hypermarket Films” .

According to Remunda, Hypermarket Films benefited from Herkavova’s vast expertise in conducting interviews and telling stories. Herakova, on the other hand, notes that despite her long journalism experience, she felt there was still a room to learn more for her in dramaturgy and filmmaking. Working with Hypermarket Films gave her rigorous training in these fields.