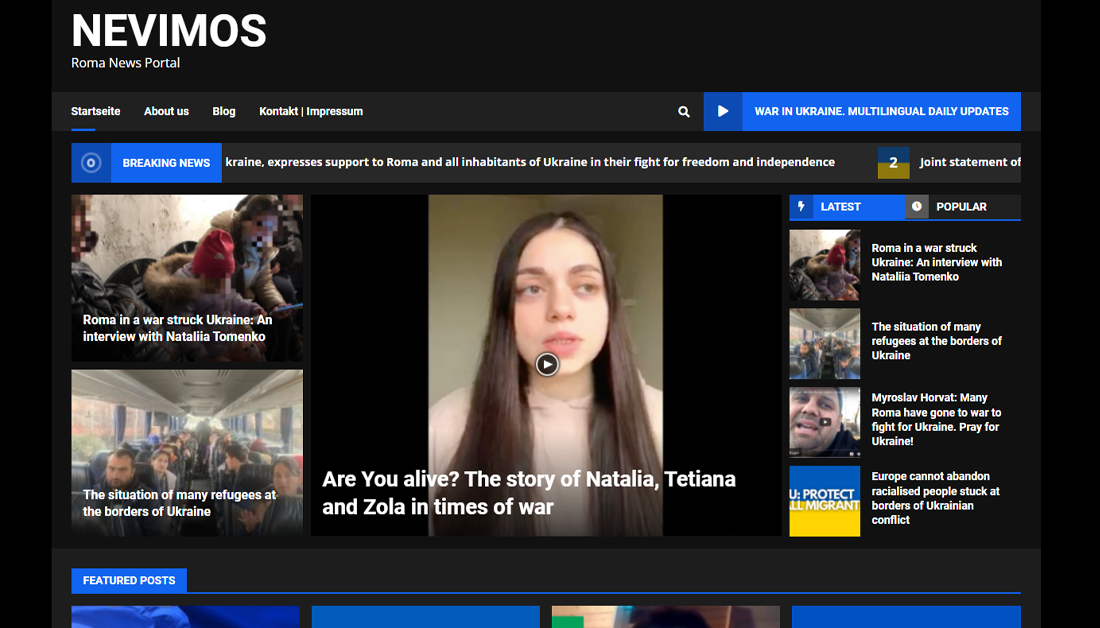 The platform was developed and is led by Branislav Nikolic, a journalist and web developer, as part of his NewsSpectrum fellowship. The project was carried out with support from Deutsche Welle as the majority-language partner. After months of planning and preparations, NEVIMOS started operating in March 2022.

Currently, NEVIMOS publishes content from Travellers Times, Romea.cz, Romblog.net, and Gipsy.TV, but the list of sources and news providers is growing. Editors of collaborating media platforms can choose between automatic synchronization between NEVIMOS and their platform or synchronization for single posts. Additionally, the site regularly publishes the announcements of Romani organizations.

NEVIMOS has also highlighted the work of other NewsSpectrum fellows. See more here.