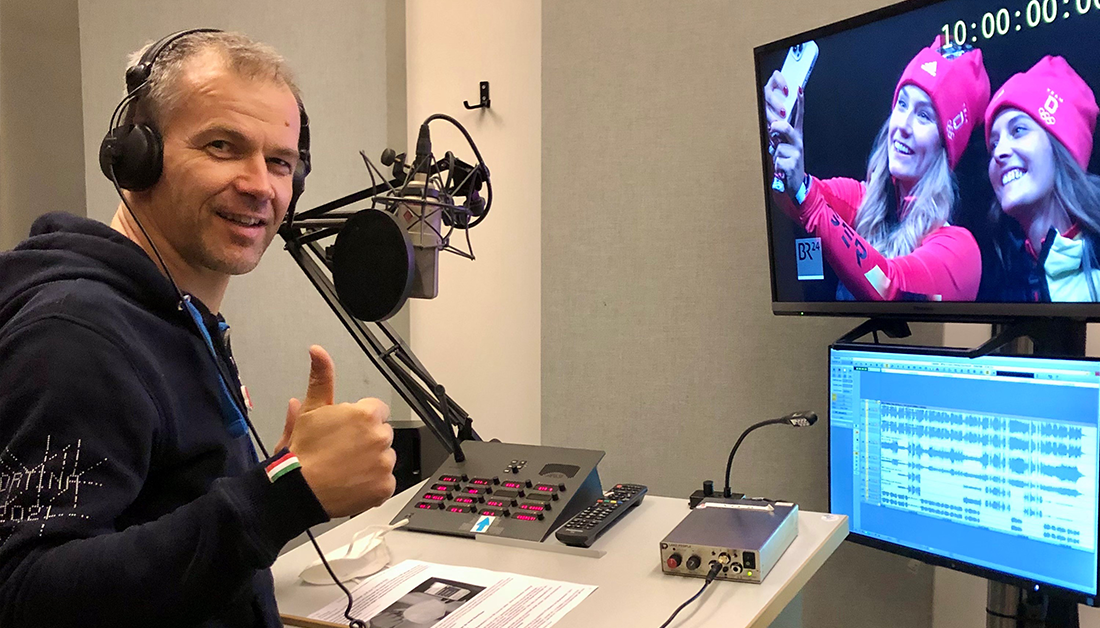 NewsSpectrum Fellow Markus Kaserer, a journalist with Italy’s German-language broadcaster Rai Südtirol, which serves the German-speaking minority population in South Tyrol, joined the sports newsroom at the Bavarian public broadcaster Bayerischer Rundfunk (BR) at their headquarters in Munich in November 2021.

During his three-week Professional Placement Fellowship, Markus reported on the run-up to the Olympic Games in Beijing for the popular sports programme “Blickpunkt Sport”. In addition to reporting, producing commentary, and engaging with the South Tyrolean audience on BR’s social media channels, Markus gained insight into the organization of daily and weekly operations of BR’s news production cycle, on both the operational and management levels. And he jumped into new technological standards at BR, such as computer-controlled cameras, augmented reality studios, and new TV dubbing technologies.

📹The journalist Markus Kaserer from @RaiSuedtirol is currently completing his #NewsSpectrum fellowship at @BR_Presse!
For German readers you find here a video about the Winter Games Beijing 2022: https://t.co/tKyZ0nbclM #MediaEU #journalism pic.twitter.com/YKl6iWyT0y

During the fellowship, Markus reported for one of BR’s most popular news programmes, Rundschau, with over 500,000 viewers daily, and commented on popular football matches on social media in South Tyrolean dialect.

📽️ Here we have another video in German about “Sports clubs: Corona rules cause confusion” produced by @RaiSuedtirol journalist Markus Kaserer, who is currently completing his #NewsSpectrum fellowship at @BR_Presse! Start at 23:26 https://t.co/Lqkh9FG3sf#MediaEU #journalism pic.twitter.com/fiz7HTlLnS