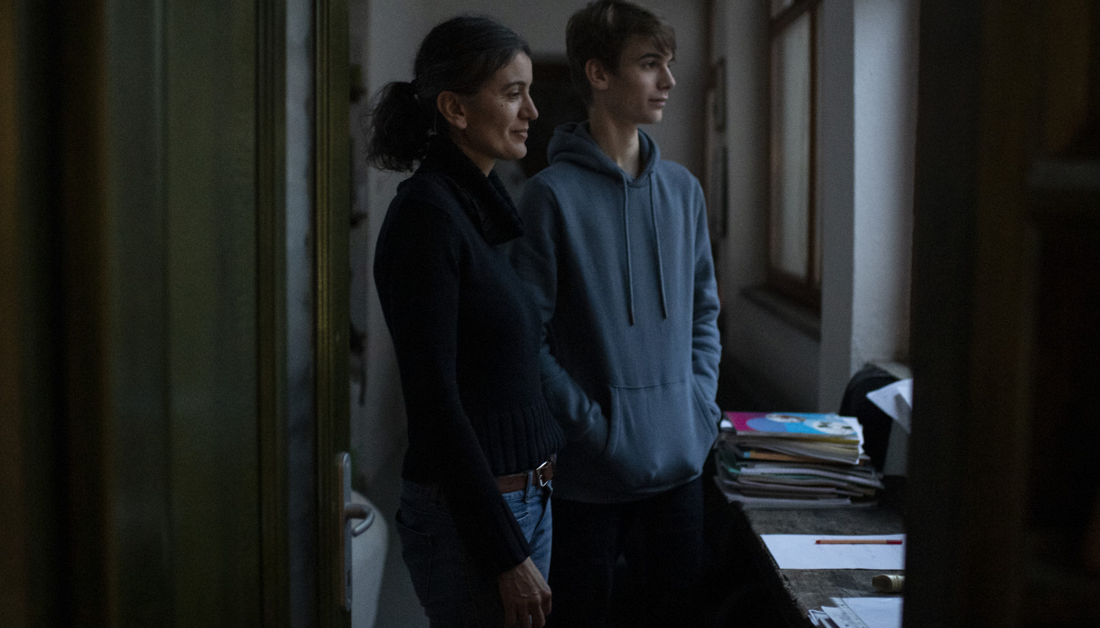 Örs and his mother Elizabeth at their home in Zerind, Romania. Photo: János Bődey / Telex

Every year, more and more students from the Hungarian minority in Romania’s border areas decide to get their secondary school education in Hungary – in their mother tongue. They commute together, coordinate via Messenger to set the car-sharing schedule, going back and forth, Monday to Sunday.

This long-time practice, which became popular in the early 1990s, developed over the decades. EU accession and dual citizenship possibilities have brought a new kind of momentum and encouraged the trend. Nowadays, not only Hungarian but also Romanian students are crossing over to attend bilingual schools.

Journalists from Transindex (Romania) and Telex (Hungary), including NewsSpectrum Fellow Arpad Kulcsár, teamed up to report on this phenomenon and its long-term implications for both countries.

In an interactive long-form piece, the journalists combined video testimonies, photos, and maps to tell this sensitive story of Hungarian cross-border students. Many of them struggle with Romanian, the official language of their country, do not interact enough the majority population back home and simply feel they belong to the “other side”.

Through the stories of teenagers Hanna and Örs and interviews with their families and teachers, we learn about the complexity of cross-border educational migration, and why after only couple of semesters in school abroad, they both feel that the Hungarian town is more home than the Romanian village where they grew up.

The story examines the following questions, among others: