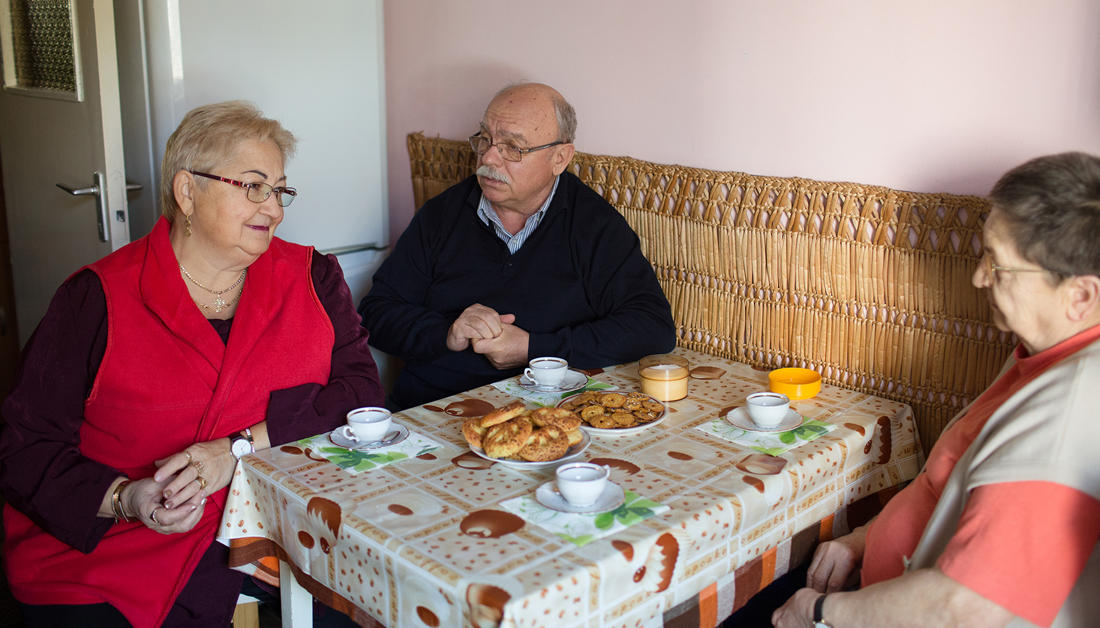 “Common Ground” is a series of eight documentary photography stories about people of different ethnicity searching for a common ground. Zsuzsánna Fodor, a Hungarian photographer from Romania, worked closely with the Documentaria.ro team to produce four of these stories. The stories were also published by Hargita Népa, a Hungarian-language newspaper in Romania.

The series explores questions such as:

Looking for some answers, the team of photojournalists explored both public and private corners of human interaction; they looked into marriages, relationships, music, business, and everyday life. Documenting interactions between Hungarian and Roma minorities with the Romanian majority group, they covered a variety of topics, from a collaboration between Hungarian and Romanian underground musicians, to mixed couples and marriages in Romania, as well as the tragic story of 250 Roma people who lost everything in a fire and now living in a school sports hall.

Congratulations to IPI/@DailiesMidas fellow Zsuzsanna Fodor and the team at 🇷🇴 Documentaria for their incredibly interesting and moving photo series “Common Ground” – published in Romanian, Hungarian, and English.https://t.co/UGCQRjyUW7

NewsSpectrum fellow Zsuzsánna Fodor is a freelance photographer with a strong background in journalism and video production. Her work has been regularly published in the Hungarian-language media Hargita Népe and Átlátszó Erdély. Combining skills and talents from cinematography, photography and journalism, Zsuzsánna covers sensitive social and cultural topics, delivering touching human stories like those included in the “Common Ground” project.

Documentaria is a collective of six independent Romanian photojournalists documenting social, political, cultural, and economic stories. Their work has been published in numerous international media including The New York Times, The Guardian, BBC, Vice, Der Spiegel, Libération, Financial Times, etc. and has been recognized by professional institutions such as Picture of the Year International, NPPA, Missouri Press Association, Bursa PhotoFest and supported by various international fellowships and grants.