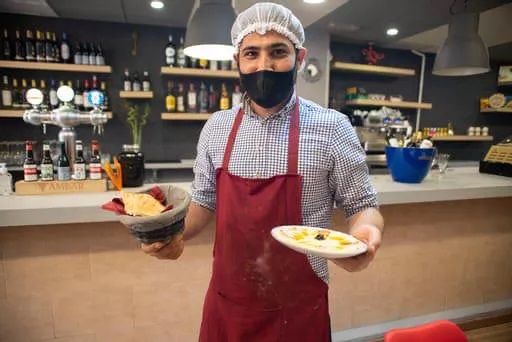 More than 6.9 million people have fled the war in Syria, which began more than 10 years ago. In 2021, Spain granted asylum to just under 500 Syrian refugees. Obtaining this status is often complicated by bureaucracy and language, with many preferring to move elsewhere in Europe.

Revista Baynana and La Marea teamed up to tell these stories. Through four reports, they highlighted different issues affecting Syrian refugees in Spain, such as access to work and housing, the disrimination they face, or the need to seek refuge a second time – such as when they are forced to come to Spain from third countries. The series, published in both Spanish and Arabic, also tells success stories of refugees who made a living and started a new life.

Baynana is an online media outlet in both Arabic and Spanish. It aims to provide useful and and important information to the Arabic-speaking community in Spain, and to build bridges between immigrants and refugees and the wider population. La Marea is an independent Spanish media founded in 2012. Reporting was carried out by NewsSpectrum Fellow Moussa Al Jamaat in collaboration with Patricia Simón and Laura Casielles of La Marea. Read more about the stories and their impact in English.