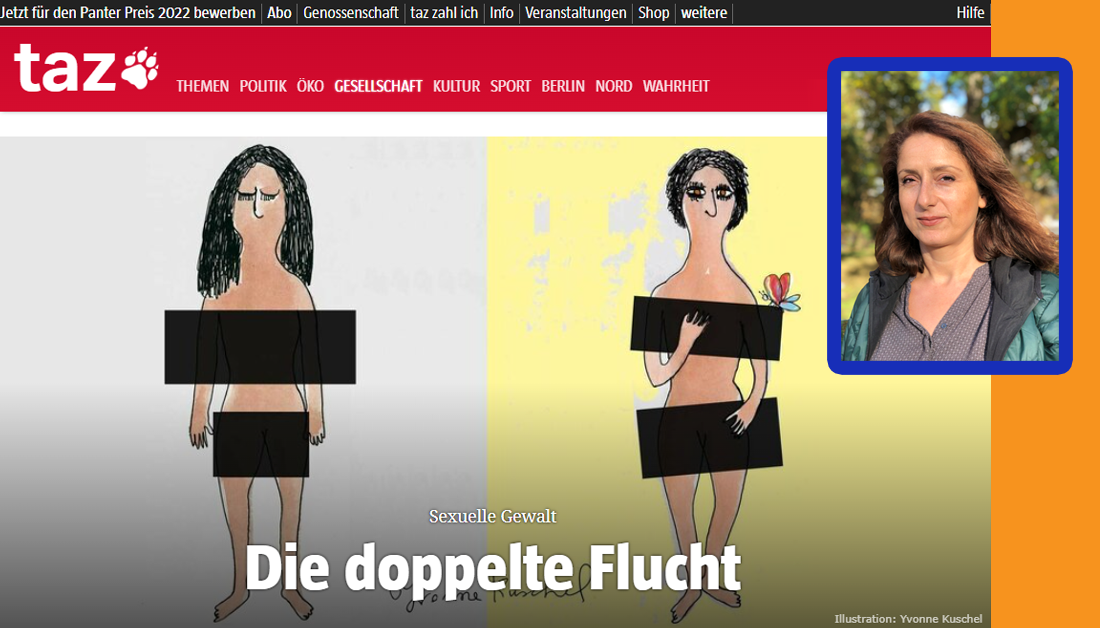 Syrian journalist and NewsSpectrum Fellow Saoud Abbas brings us two powerful stories of self-discovery. She focuses on the testimonies of two Syrian refugees and their painful journey and and double escape – first from the war in Syria, then from their personal, intimate trauma.

Omar fled Syria in 2015. Back in Homs, demisexual Omar would have never thought that there could be more than two genders. Today, Omar lives as openly queer in Berlin.

Saoud talked to both of them, now settled in Germany, and learned how they are rediscovering who they are. You can read herarticles in English, German, and Arabic (listed below)

A Syrian writer and journalist with degrees in civil engineering and international law, Souad is the former editor-in-chief of Abwab, an Arabic-language newspaper in Germany, and publishes her work with a number of newspapers and websites.