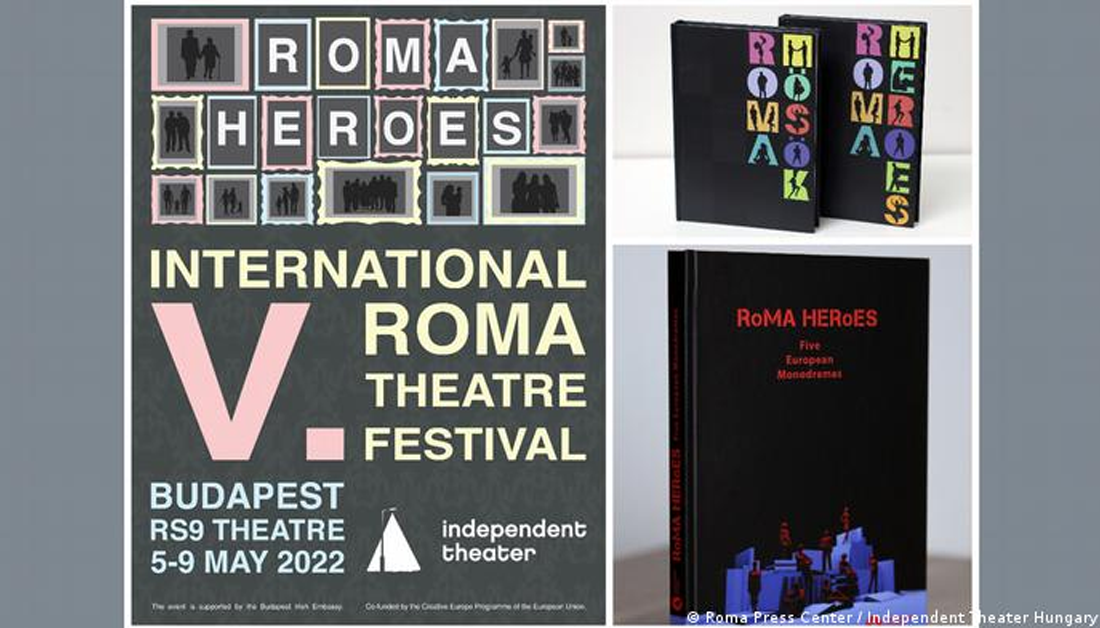 NewsSpectrum Fellow Maria Bogdan is a social scientist, media theorist, and freelance journalist who collaborates with Romblog. She carried out her fellowship with the German broadcaster Deutsche Welle, where she published a series of essays entitled “Voice of Color”. The essays focus on resistance, belonging, and resilience as key concepts of the transnational Roma movement and through reviewing the work of contemporary Roma artists.

In her introduction to the series, Maria explains:

“Just like all the other social movements in the world, the Romani movements have been transforming in the age of social media. Their ways of communication have been improving in the last more than a decade, resulting in intensive and unifying combat against prejudices, negative discrimination, racism. The cultural field has become the most significant tool of the movement: the contributions of artists and scholars to its main causes have been increasing. Researching and deconstructing the European Roma history has become one of the main focuses, through some major organizing theories and unifying concepts such as resistance, belonging, and resilience. This series of essays intends to give an insight into the works of the transnational Romani movements in contemporary Europe through reviewing significant artworks that embody some of the main concepts of the movements (…).”

* The Power of Words – From Silence to Resistance
Reminding us of the “forgotten Holocaust”, as the genocide of the Sinti and Roma during the Second World War is often called, Maria examines the work of the French director Tony Gatlif and his film “Liberté”/”Korkoro” (Freedom/Loneliness), and the contemporary witness and artist Ceija Stojka (1933 – 2013), reviewing the exhibition dedicated to her work, recently opened in January 2022 in Seville, Spain.

*  The Lost Words: Understanding the Concept of Belonging in the Romani Movement
This essay examines the concept of belonging as an important organizing concept of the movement. It does so through the lens of the Drive2Survive protest against a UK police bill affecting the GRT communities (Gypsy Roma and Traveler Communities) in the UK. Covering the bill, which protesters say would criminalize nomadic life and previously legal travel and resting of nomadic groups, Maria reviews the book “The Stopping Places” by British journalist and author Damien Le Bas and the film “Trapped by Law” by Kosovar director Sami Mustafa.

* The Healing Words. Resilience in the Romani Movement
“It’s resilience that makes the hero – that’s what we learn from those Roma who are celebrating their success against all odds”, writes Maria, examining the work of artists addressing the topic of resilience. Here, authors and actors, including participants at the International Roma Theatre Festival, share their stories and experiences about making the daily struggle of the Roma communities visible through their art.