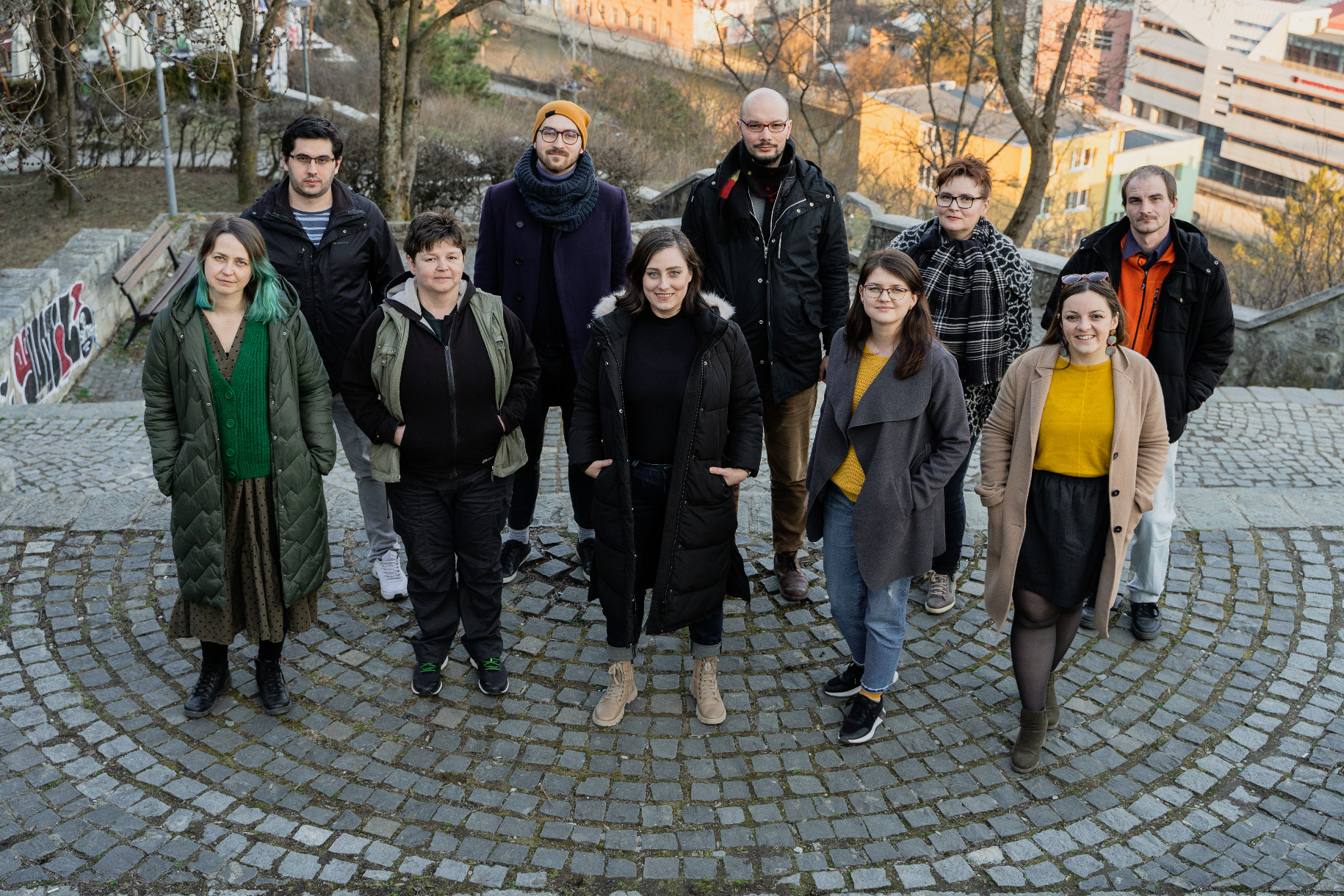 In February 2022, the entire staff of Transindex, a 23-year-old Hungarian-language publication based in Cluj-Napoca, Romania, resigned. “We feel that our work within this institution has become completely impossible and that we can no longer, to the best of our professional ability, carry out the task that should be the task of the free press”, the statement from the newspaper’s editorial staff said. “We refuse to do our journalistic work according to the demands of any political force”, the message continued.

The resignation did not mean that Transindex’s editorial team’s voice was silenced. After intensive collaboration with the independent Hungarian news outlet Telex through the NewsSpectrum programme, the ex-Transindex staff joined Telex and launched Transtelex, a new independent voice for Transylvania supported by reader donations.

Since its launch in 1999, Transindex had been funded by the Democratic Alliance of Hungarians in Romania (DAHR). In recent times, however, the funding was delayed and ostensibly suspended. As Transtelex’s editor in-chief, Melinda Kertész, notes in her interview for IPI’s IJ4EU podcast, the Hungarian ruling party Fidesz started to expand its influence over ethnic minority media in Romania, leaving Transindex one of the few critical Hungarian-language voices in the region – a role that has now been taken over by the recently launched Transtelex.

Transtelex is the outcome of intensive cross-border collaboration between Hungary’s Telex and the ex-staffers of Romania-based Transindex. This collaboration includes several projects carried out through the NewsSpectrum programme, which touched upon almost all domains of the newsroom’s operations including audience engagement and business strategies. “They (Telex) inspired us to use new audience engagement strategies in our newsroom, including using more visuals on social media and exploring new social networks, such as Instagram,” Transtelex correspondent and NewsSpectrum Fellow Hunor Tőkés tells IPI.

In addition, the project participants prepared long-reads on European center-periphery relations and care-based migration between Romania and Hungary. According to Telex project manager Timea Kolozsvari, it was the NewsSpectrum partnership between Telex and Transindex that led to “the very important and useful long-term relationship between minority and majority editors who live far apart but are linked by a thousand strings”.

Soon after Transtelex’s establishment, Telex organized a separate crowdfunding event for Transtelex to make its operations financially sustainable. So far, the crowdfunding campaign has been successful, providing sufficient resources for Transtelex to operate. As Transtelex journalist and NewsSpectrum Fellow Kata Kadar tells IPI, the collaboration between Telex and Transtelex is crucial since both outlets are subject to political pressure, with Telex having extensive experience and knowledge of how to deal with such pressure and keep up with quality independent journalism. Transtelex, Kadar says, benefits enormously from Telex’s expertise in this regard.

The impact of the collaboration can not only be seen in Transtelex’s transformed business model. As Kadar points out, Transtelex journalists have embarked on producing in-depth reports, journalistic investigations, and long reads while remaining critical of the authorities. “Working with the very professional team of Telex was a full new story”, she says.  Tőkés seems to agree. He notes that at Transindex journalists did not do in-depth reporting as much as at Transtelex.

Currently, Telex and Transtelex continue to pursue very intensive collaboration, and Telex’s CFO is the owner of Transtelex. “Telex will be part of our story. We will never cease to collaborate. We will continue to work together for the years to come”, Kertész says.

Although the donation stream from the crowdfunding campaign is stable, the struggle to remain independent continues. Transtelex is still subject to attacks by Hungarian officials and has to operate in a hostile environment, while the vast majority of the Transylvanian public supports Hungary’s ruling party. Kertész says that Trantelex staff has been referred to as frauds and liars in other Hungarian-language media outlets operating in Transylvania.

The two-month-old outlet still has a long journey ahead of it. It currently reaches half of Transindex’s previous audience. Transtelex aims at reaching Hungarians both in Transylvania and Hungary. The goal is to increase the audience and, ideally, double it by the end of the year.

Operating in a hostile media environment

Transtelex was launched against the backdrop of a steady decline in press freedom in Central and Eastern Europe, driven by political pressure, burdensome economic regulations, clientelism, and owner interference in editorial independence. While some media outlets are forced to shut down and stop operations after facing crackdowns from authorities, others are able to continue fighting and establish new platforms. Transtelex is one of these stories. This was the case with Hungary’s Telex as well. Back in 2020 more than 80 staff members of Hungary’s Index.hu resigned due to increasing political pressure on the outlet and threats to its editorial independence. After the resignation, the former staff of Index launched a crowdfunding campaign gathering close to 1 million euros to launch Telex, which continues to rely heavily on reader support.

The fate of Transtelex, too, depends on reader support. One thing, however, is clear – keeping editorial independence is the core interest of Transtelex’s team. In Kertész’s words, “all we want is to remain independent journalists, free from political pressure”.