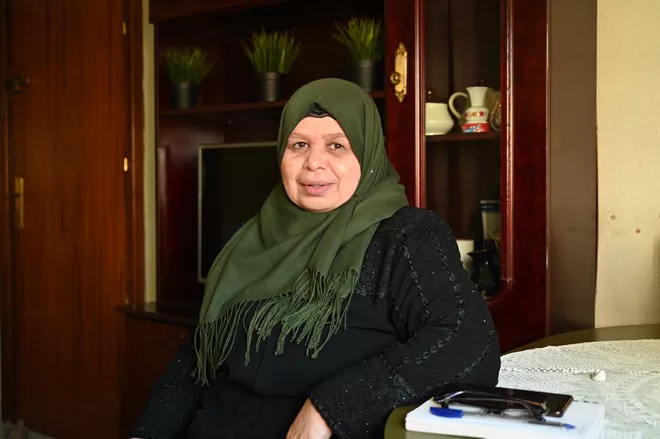 In Spain, the bilingual Arabic-Spanish news website Baynana, led by a team of refugee journalists from Syria, teamed up with La Marea to publish a new series of reports on the reality of Syrian refugees in Spain.

The coverage consisted of four reports, published in both Arabic and Spanish, focused on different aspects that affect Syrian refugees in Spain, such as access to work and housing, the discrimination they face or the need to seek refuge a second time – when they are forced to come back to Spain from third countries. The series also tells some success stories of refugees who made a living and started a new life.

NewsSpectrum also supports investigative journalism on minority-related topics. And in a new report, the German newspaper Taz joined forces with the Germany-based, Turkish-language news outlet Artı Gerçek to locate the sources of online threats against people of Turkish and Kurdish background in Germany, including politicians and activists.

Journalists Volkan Ağar, Nora Belghaus, and Ali Çelikkan traced the threats to the owner of a mobile phone shop in Turkey, a self-professed follower of Turkey’s far-right nationalist Grey Wolves.

Their interview with the shop owner is revealing and disturbing. As the journalists write, “He says that the German government can’t protect his victims. The fact that he doesn’t even hide behind fake profiles anymore, but rather acts openly, shows further how safe he feels.”

Read more in German and Turkish.

In Latvia, the regional newspaper Latgales Laiks, which publishes in both Latvian and Russian, worked with media company Latvijas Mediji to publish stories on life in the Latgale region, which borders both Russia and Belarus. NewsSpectrum fellow Ivars Soikāns travelled to the Latvijas Mediji newsroom in Riga to carry out research and planning before carrying out on-the-ground reporting in Latgale.

Many of Latgales Laiks’s readers belong to the minority-language population in the border region, where most information comes from Russian or Belarusian television. The media partners investigated the problems that residents face in accessing Latvian broadcasting, which have continued despite the construction of two broadcasting towers.

The second part of the project examined the situation of Belarusian migrants in the region and the everyday lives of mixed families, highlighting the range of experiences. Some migrants spoke about their fear of the Belarusian regime – including one Belarusian journalist who barely managed to escape to Latvia after being targeted for taking part in protests in Belarus and writing about it. Others expressed concern about the portrayal of Belarus in Latvian media.

The project’s stories were published in both Latvian and Russian, providing a boost to Latgales Laiks’s Russian-language content.

These three partnerships are just a few examples of the exciting work being done by NewsSpectrum fellows across Europe. We’ll be sharing more stories of joint reporting projects and professional fellowships over the next few weeks and months – so stay tuned!